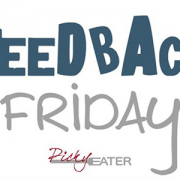 A giant smiley face in the window greeted me when I pulled into the SkinnyFATS parking lot. This yellow cartoon set precedent for my experience and nothing but happiness followed.

Large custom painted artworks cover the wood walls, which provides the perfect balance of a casual and trendy interior. While small in space, the restaurant buzzed with excitement – the servers behind the counter were genuinely happy in their jobs and the upbeat banter from everyone else in line was contagious. When you look at the menu, you’ll understand why SkinnyFATS exudes such a uniquely happy vibe. Priding itself on its health-conscious and hearty eats, the menu has a skinny (“live healthy”) and a fat (“live happy”) side; an innovative and creative concept that will make you happy to eat healthy.

After careful deliberation I found a meal that I could easily modify and the servers were more than happy to accommodate. I chose the Happy Side and was pleasantly surprised with the Cinnuttella cinnamon and sugar Hawaiian bread French toast with mixed berries, Nutella chili sauce on the side, and regular syrup (instead of the orange syrup listed on the menu). Actually, pleasantly surprised is a drastic understatement. I am very particular when it comes to French toast and hesitate to order this breakfast treat at restaurants. I like my French toast firm and toasty. It must be made with thick bread, covered in cinnamon sugar, and drowned in maple syrup to mask the eggy-ness. I hate the thought of dipping a harmless piece of delicious challah bread into gross egg stuff but apparently that’s what makes French toast French toast. When I bite into the stove-cooked bread, I still want it toast-like (crisp on the outside and delectably firm on the inside) which is something that SkinnyFATS has mastered.

SkinnyFATS CinnutellaThe Cinnutella did not disappoint. It was the best French toast I’ve had outside of my boyfriend’s skillet. Cinnamon sugar coated both pieces of bread, which were cooked to perfection – they were not soggy or eggy, rather perfectly crunchy and toasty. I also had a small fresh squeezed orange juice and the serving size was significantly more generous than the typical “two-gulps-and-done” OJ helping. The best part – it came in an entertaining and witty reusable cup!

My aunt ordered the Healthy Side and enjoyed the Berry Strong multigrain protein waffle, strawberries, mint yogurt, and turkey bacon. To her surprise, the dish allowed her to enjoy the taste of the happy side while eating a healthier meal.

At first glance, the menu didn’t seem picky eater friendly because I couldn’t order without making adjustments. However, the upbeat and positive staff proved they weren’t too good for modifications and care enough to make sure I got exactly what I wanted. As a picky eater, I don’t always experience this level of hospitality when I dine out. SkinnyFATS is on my list of picky eater approved restaurants.

Then there are the flowing everyday insights of our evolving creation…...